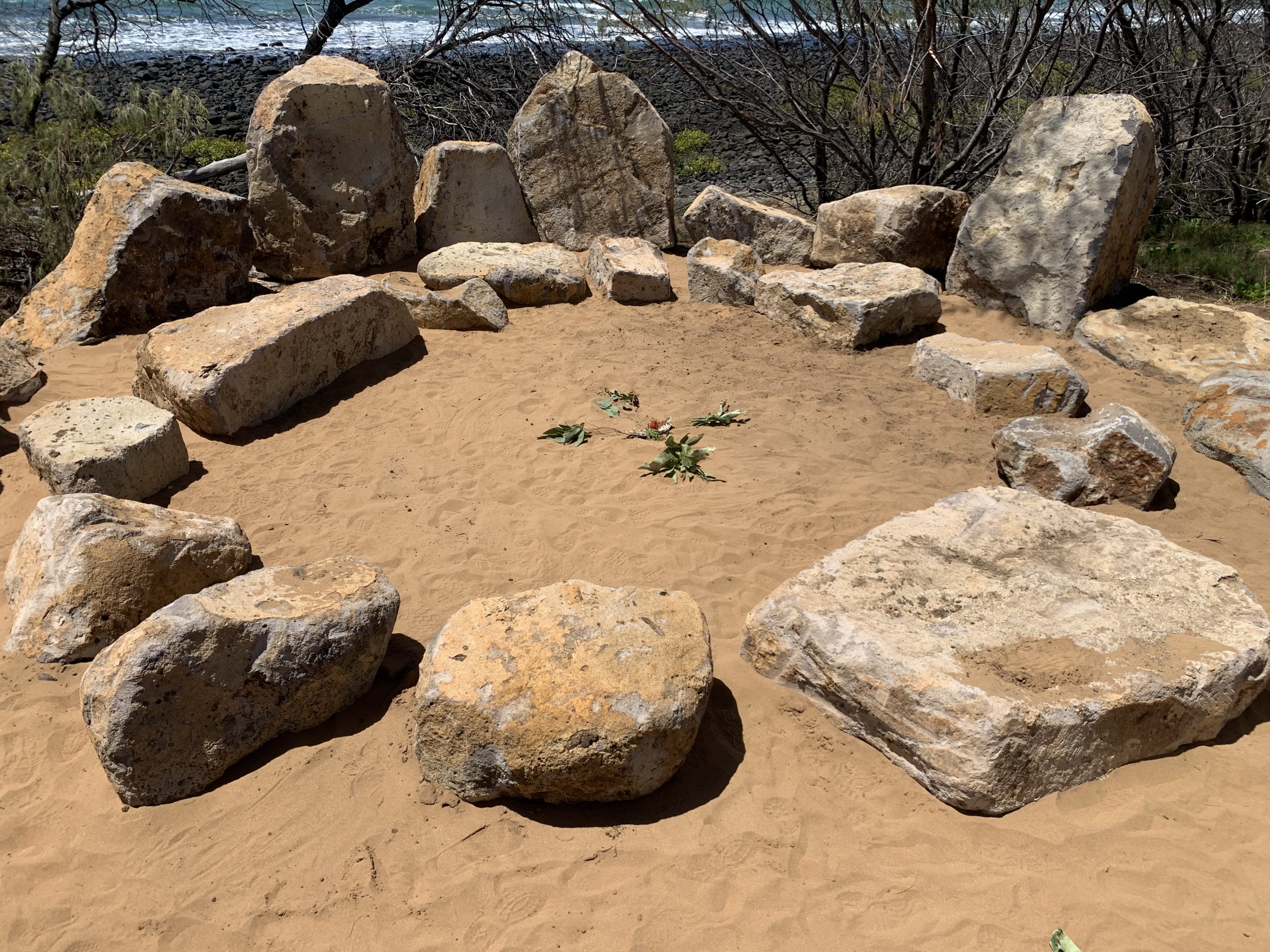 What is a Yarning Circle and why do we have one at Bargara Headlands Estate?

Two very good questions. We will try and explain how this structure has come about.

WHAT IS A YARNING CIRCLE?

A Yarning Circle was used commonly by Indigenous tribes and was used for different things according to their traditions. Generally though it was a place where our first nations peoples came to discuss matters and make decisions. It represents a sacred and safe space where people can communicate and work out differences.

WHY AT BARGARA HEADLANDS ESTATE?

The land along this coast originally belonged to the Taribelang - Bunda peoples. Through an association with some of the local descendants of these people, the developer, Bill Moorhead, had a vision of a building them a Yarning Circle on the coast at Bargara Headlands Estate.

Rocks are abundant along our basalt coastline. So Bill decided to celebrate these rocks (some over 10tons)  by using them to build a Yarning Circle. After suggestions from the elders, adjustments were made and the site now feels like its been there forever.

Bargara Headlands is For Sale right now. We only have one townhouse block left though.